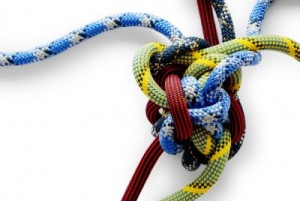 I really didn’t manage to get anywhere near as much writing as I wanted to. The reasons behind this are many and varied. My job is still quite demanding and has not settled into a pattern I can control yet.  Coupled with extended periods of extremely brain busy times which leave me with no capacity to do more than the basics. This sucks but until the situation changes which I’m hoping it will soon then that is going to remain. I am also a creature with hobbies. Musical theatre, board gaming and knitting crochet all of which a necessary to my well being to stop me going completely off the rails. But there is a part of me that feels hugely guilty that I don’t write more.

One of the things I need to do is make space for writing physically in my house I’ve made my office a dumping ground and that needs to change so I am going to have to get my bum in gear and do so sorting of stuff.

Next I’m challenging myself to write something by the end of January. Some poetry or a short story something small and doable. I feel like there is a solid white box sitting in my brain doing nothing but taking up space allowing me nothing but the ability to get the barest of essentials done. The box needs moving breaking down and redistributing but it is swollen and doesn’t want to move.

I’m aware that it sounds weird. Maybe to go with a computer analogy my hard disc is full, I need a RAM upgrade and a defragging. A hard reset wouldn’t go amiss. Though to be fair I could do without the smashing into a wall and dissolving that usually precedes them.

That said the rest over the festive period combined with headcold of doom has meant I’ve had to rest so that should help recharge.

Baby steps.  It is how I am attempting to break the ridiculous block I’ve been facing. I am using some new strange and odd methods to trick my brain into being some kind of productive.  One way has been to … END_OF_DOCUMENT_TOKEN_TO_BE_REPLACED

So my last blog post I was talking about characters and how I have one rattling round in my head that I need to get to know a little better.

I’ve done a little bit of work on her since then and I’m trying to work out some depth to her. I’ve set myself the task of writing a conversation between her and an interviewer. The interviewer is unimportant; they are just a means to an end in getting the girl to talk to me.

My other ‘rule’ for this is that I am writing from an external point of view. No describing her thoughts, just her actions and speech. I need a sense of how she reacts to things where she is and what she might say. Think of what follows as an extension of the initial description in the last post.

The interviewer remained seated throughout. Her only movements a hand dashing notes across a yellow-leafed legal pad and a slight incline of the head as she tracked the girl around the room.

‘So why am I here?’ she asked. She had stopped pacing and had fixed her gaze to a defect in the wallpaper pattern. ‘Why do you want to speak to me?’
‘We just want to know a little more about you?’

‘ You are interesting and we want to get to talk to you more.’

The girl worried at a piece of dead skin at the edge of her cuticle on her index finger. Face still mostly obscured.

‘I don’t like this,’ she said, biting away the hangnail.

The silence stretched out between them. She started pacing again from the fireplace to the window and back. The interviewer placed her hands in her lap and waited.

‘ When I speak, people don’t get me. They don’t hear what I say. I get misrepresented, how do I know you won’t do that to me?’ She said pausing at the fireplace and straightening a small silver figurine.
‘I will let you read over my notes, you can correct things – make them clearer’.

She stopped and looked at the interviewer for the first time,’Will you listen?’

‘Okay,’ she said. She came closer, and stood behind an armchair, her hands kneaded at the fabric like a cat. ‘So what do you want to know?’

‘Start with a name.’

‘You already know that.’

Eyes rolled, ‘I am Martha Coppice.’

‘Take a seat Martha,’ said the interviewer, gesturing towards a series of chairs.
Martha picked the armchair she was standing behind. Sitting in it she drew her legs up underneath her and crossed her arms. She wriggled her shoulders but there was still tension running through them and into her neck.

‘Thank you, now tell me about how you came to be here.’

‘I am here because I am not welcome anywhere else.’ Martha stated, eyes boring into the carpet. ‘I am different, I stick out. The others found me hard work. They didn’t like the way things needed to be, they made it impossible to remain.’

’They chased you off,’ asked the interviewer.

‘Not exactly,’ Martha replied. ‘I don’t like talking about it.’

The interviewer leaned forward and flicked over a page of notes.

‘Okay then, tell me something positive.’

‘Something positive,’ Martha stared upwards as her brain raced to retrieve a memory she might classify as such. ‘That is going to take a while.’