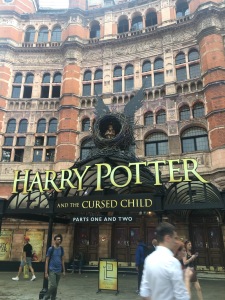 I am writing this as a long time fan of the Harry Potter books and films the Harrry Potter series was something that I read as a student and took with me into life.  I loved the rich and detailed world that was created and I became attached to many of the characters I sobbed several times whilst reading the Deathly Hallows and I knew that when the play was announced I would have to see it.  I bought the script the moment it was published and then it has sat on a shelf ever since because I wanted my first experience of the play to be at the Palace Theatre.

This post isn’t going to spoil any of the plot because that would be mean to other people and I am a firm believer in #keepthesecrets.  What this post will do is talk about the magic and wonderment I experienced as an audience member. 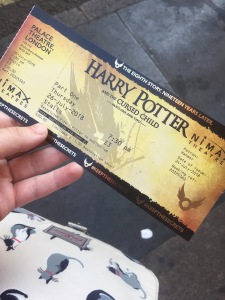 Harry Potter and the Cursed Child is utterly magical.  The tech crew are the real wizards they literally make magic happen and that makes you believe. There were moments of utter joy, of surprise and real moments of fear.

Today after seeing both parts one and two I am a little bit heartsore.  This play really got under my skin I mean I cried during part two there is a sequence that just really got to me.  Bearing in mind that I am these days moved easily but there was a real depth of feeling that I shared too. 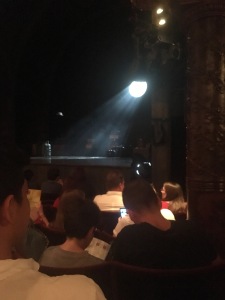 I loved Scorpius his character is so adorkable and pure I basically spent the entire play wanting to hug him.  I also loved Hermione because I always loved Hermione.

Harry’s journey in this play is very emotional and the play took us on a much more emotional journey than the novels did, but it felt right and I felt that kinship with Harry as a grown up and as someone who experienced such trauma at a young age and how we all carry things with us that affect us. 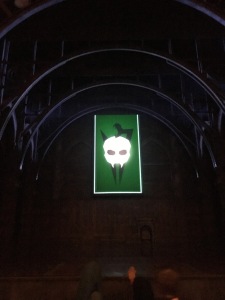 There were plenty of surprises there were many laughs.  I loved every second and was utterly transported.  The music the way they changed the sets.  The familiar faces and the new ones made for some brilliant theatre.

I feel privileged that I got to see it.  I feel lucky I managed to find a single seat in the £40.  If you get the chance to see it, take the opportunity I think only the hardest of hearts would be immune to the spell they cast.

Also I had some head cannon confirmed so go me. 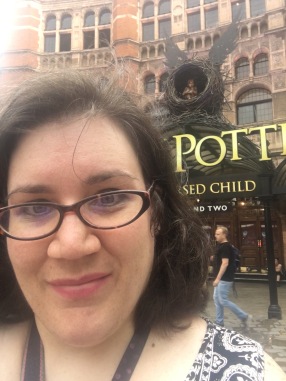 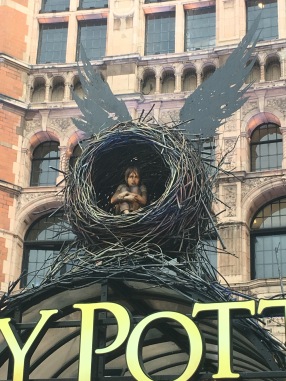 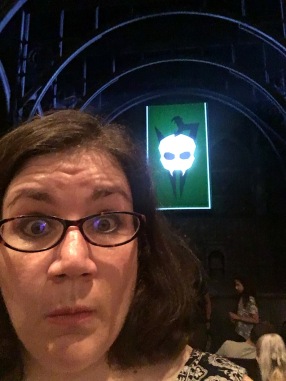