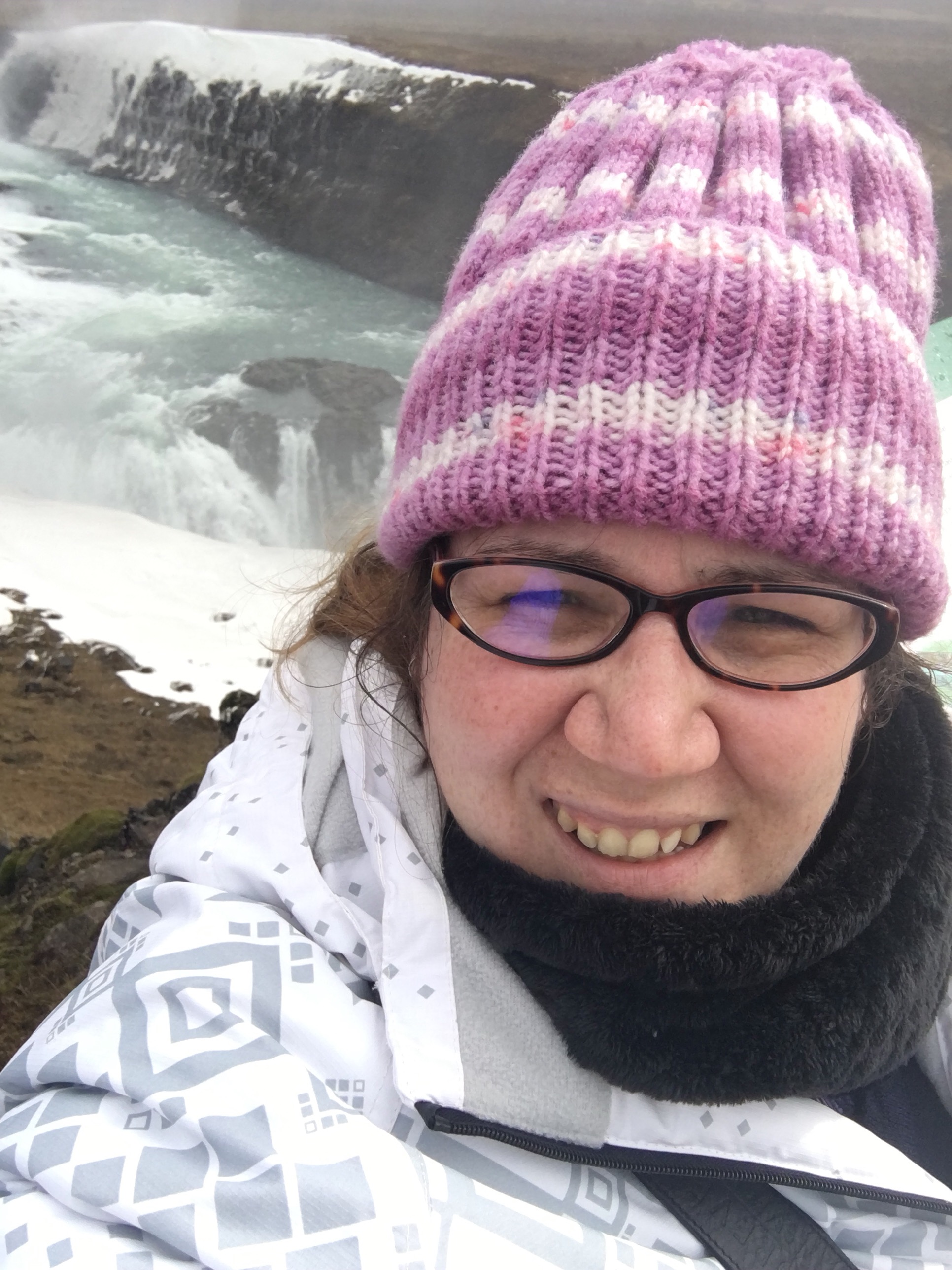 I am a fat person.  I have been fat for as long as I can remember. There are pictures of me as a child that I can objectively say no I wasn’t fat but I was still considered overweight. I’m fairly sure lots of issues I have are all bound up in this. I also have a terrible relationship with food and that is something that has just always been the case. It has been with some trepidation at the age of 38 and at about twice the NHS recommended weight I decided that this realistically is my last big chance to do something.

I work in a school and I was lucky enough to be able to go on a trip to Reykjavik.  Whilst there we did a tonne of waking and fro the first time I really noticed that I struggled.  I hated that I wasn’t able to keep up and the tiredness that accompanied it.  I felt that I really had to do something.

Phase one was just going to the gym.  And I’ve been attending classes and doing cardio and I have been getting fitter and the weight has started to move.  One thing I found motivating whilst doing this was Zombies! Run.  I’ve completed the first season while walking but at the end of season one there are some longer distance missions and I thought it would take me forever to walk 20km so I decided that I needed to learn how to run and this is where the journey started.

I am following the Zombies! Run Couch to 5k plan because it works for me. I love the gentle encouragement, alongside the mild peril that the missions bring.  They give me a purpose to be doing this and I want to see it through.

I have reached week 7 in the eight week plan and I started on 24th July so I’m nine weeks in on my eight week plan and you know what I am more than okay with that. There have been a few sessions I have felt the need to run twice and I repeated week six in its entirety and I want to take stock of how I have got here.  Firstly there are days when I have to work hard to get out of the house because of the Fear. The Fear is that insidious voice that tries to persuade me to stay home because people will laugh at me. I’m a realist I have gotten abuse on the street so there has to be negotiation for me to get into the gym in the first place. I create my own zone to run in. I have my noise cancelling ear buds and I listen to cheesy eighties pop and that is my safe space no one can get to me in there.

I have learned to take it one session at a time.  I don’t look ahead because everything because insurmountable.  My running sessions are a practical lesson in mindfulness.  I am aware of every step I take and every inhalation/exhalation. I am the living embodiment of the Sting song. Being so rooted in what I am doing forces out any thoughts of work or other threats. I am fighting to keep on running to not give in and not die. You’d better believe that there is no small amount of pain involved and there are days when I feel that I can’t possibly get to the point where I can just run 5k.

That’s my goal though to run 5k and my last session was week 7 session two and I really was not feeling it.  I’ve had a rubbish couple of days at work where I’ve had some difficult and grown up decisions to make. I had some gentle encouragement from the boy and I went anyway.

Week 7 is tough.  It starts gently enough with a 10 minute brisk walk to lull you into false sense of security and then a 5 minute free form run all good. Next comes the run/skipping drills so I run for a minute and skip for 15 seconds and this is the killer after completing 5 reps of the drill I went into a second 5 minute free form run.  I had to give in at this point and walk for a minute near the start of that second 5 minute run because I was feeling it was too much but for the but one minute out of 17 running or skipping I felt that was still worth celebrating.  I also managed the following two free runs of 5 minutes.  This was my second session that followed the pattern and on the first attempt I was all over the place I couldn’t cope and I walked a lot more.The improvement between the sessions was incredible.  My goal for next time is to not have to walk at all after the skipping drills but we’ll see.

This feels like such a victory for me. I’ve learned some hard lessons particular in week 6 when I finally learnt how to pace myself to ensure I could finish strongly when I needed to. I have come such a long way from literally struggling to run for 60 seconds to being able to run for 5, 7, 10 minutes without dying.  On paper I have four sessions left and I still can’t see me actually managing to run 5k without stopping but maybe, just maybe I’m beginning to believe that I can.

One thought on “How Not to Run”